Alastair Fisher & Gordon Noble have won the Corrib Oil Galway International Rally, the season opener for the 2020 Irish Tarmac Championship. Driving his new Volkswagen Polo GTI R5, Fisher revelled in the wet and treacherous conditions in the Galway lanes, winning by 21.1 seconds from Sam Moffett, with Donagh Kelly finishing in 3rd place. Wales' Meirion Evans was fourth after the nine-stage rally, with Josh Moffett rounding out the top five finishers.

Fisher was the pre-event favourite after finishing second to World Rally Championship driver Craig Breen on the same event last year. Alastair's uncle of course is Irish Rally Legend Bertie Fisher who won the event in 1996 and 1999. This is Fishers first rally win in the Irish Tarmac Championship. “It’s been a while coming,” Fisher admitted. “We have been knocking on the door for the last three seasons in the R5 car. We had a good few second places racked up and you were questioning if you were ever going to get there but that’s rallying.”

Fisher led the rally from the start on the wet, slippery stages around Loughrea, keeping his Dom Buckley Motorsport prepared VW Polo between the ditches in the atrocious conditions. “We had a clean run on the first stage, even though I wasn’t 100 per cent happy with the car. I made a few changes after the first stage and softened the suspension a few clicks and it seemed to help going into the second stage which was a bit more greasy and slippery. We had a very strong time on it." 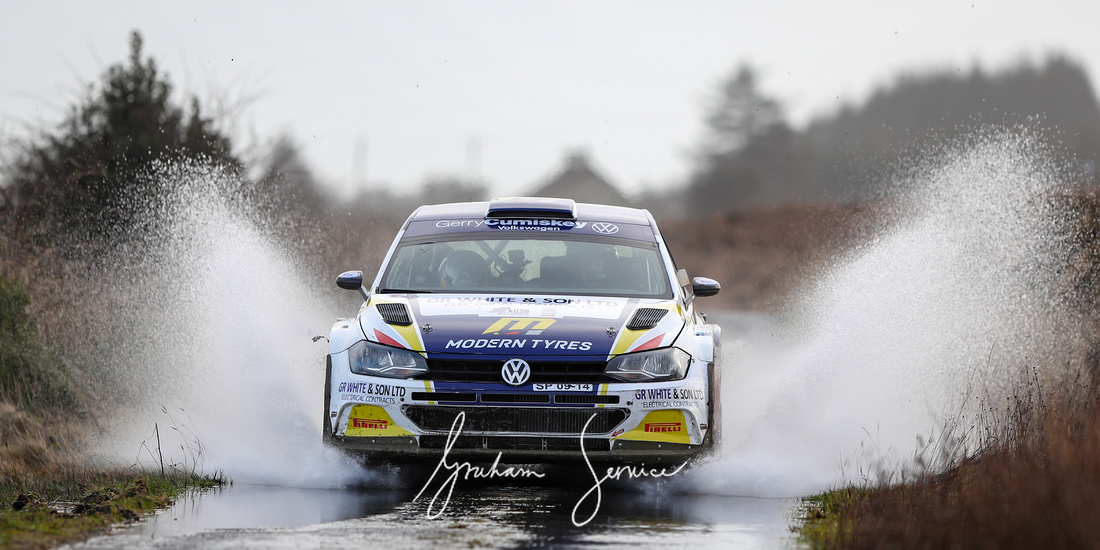 Galway International Rally 2020The stages round Loughrea were very tricky and slippery, with lots of standing water for the crews to navigate

Welshman Meirion Evans had a fine drive in this Melvyn Evans Motorsport prepared Volkswagen Polo GTi R5, and finished the rally in 4th place, ahead of Josh Moffett in a Hyundai and current Northern Ireland rally champion Stephen Wright in 6th place overall.

William Mavitty's campaign to regain the Ground N Championship which he narrowly lost out on 2019 got off to the perfect start, winning his class on every stage to finish the rally in the top 10 overall. “I really enjoyed the weekend’s rally as I love the wet and mucky stages,” Mavitty said. “We started the event with 21 on the door and finished ninth overall beating ten R5 cars, one of which was one of my childhood heroes Eugene Donnelly. I can’t thank the team enough for their work and the club for running a flawless event.”

Playing below is a full slideshow of all images captured on the event. 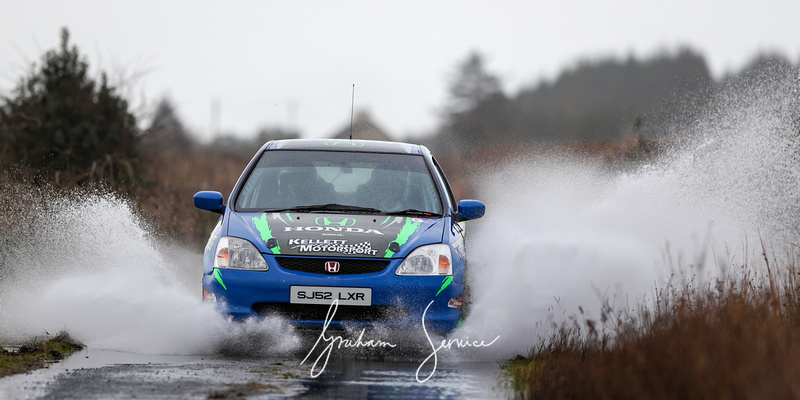