The 2020 Samsonas Fivemiletown rally has been won by Latvia's Janis Vorobjvos and Ivo Pukis, round one of the McGrady Insurance NI Forest Rally Challenge! Driving their BMW M3X for the first time, the crew claimed a last gasp victory by five seconds at the Omagh Motor Club event after an intense battle with the Fiesta R5 belonging to Cathan McCourt and Barry McNulty.

"It's our first time at this rally and our first time in the car," said winning navigator Pukis at the finish. "The competition was very tough so it couldn't be better!"

In what has become the motorsport Cult Event in the 2020 Northern Ireland Rally calendar, the Samsonas Fivemiletown rally reached its maximum allowed 90 entries with weeks to spare before the closing date, bolstered with loads of prizes along the way to encourage entries, such as rally tyres and draws for free entries. The top class entry list included the Baltic Rally Champion Janis Vorobjovs in a Samsonas Motorsport BMW RWD, Martynas Samsonas in his BMW, 2019 Irish Forestry Champion Cathan McCourt, and last years winner Niall McCullagh/Ryan McCloskey in a Dom Buckley Motorsport Fiesta R5. Callum Devine was also a late entry in a Hyundai Motorsport i20 R5 in preparations for the first round of the FIA ERC.

The fastest Class 10 car over SS3 was also Janis Vorobjovs and Ivo Pukis, and they have won a free entry to The McDonald & Munro Speyside Stages in the 18th April. They set a time of 6.46.3 for the test, 1.7 seconds quicker than Niall McCullagh who won last years event.

The free entry for the rally was won by Brendan Quinn, all the way from Brisbane in Australia. Brendan has subsequently donated his entry fee to the Air Ambulance Northern Ireland.

The event organisers also partnered with The Burger Hut Omagh to provide catering, with all proceeds donated to the Air Ambulance Northern Ireland.

The full set of results can be found at https://www.rallyscore.net/#/results/2242/901?SAMONAS-Fivemiletown-Rally-2020 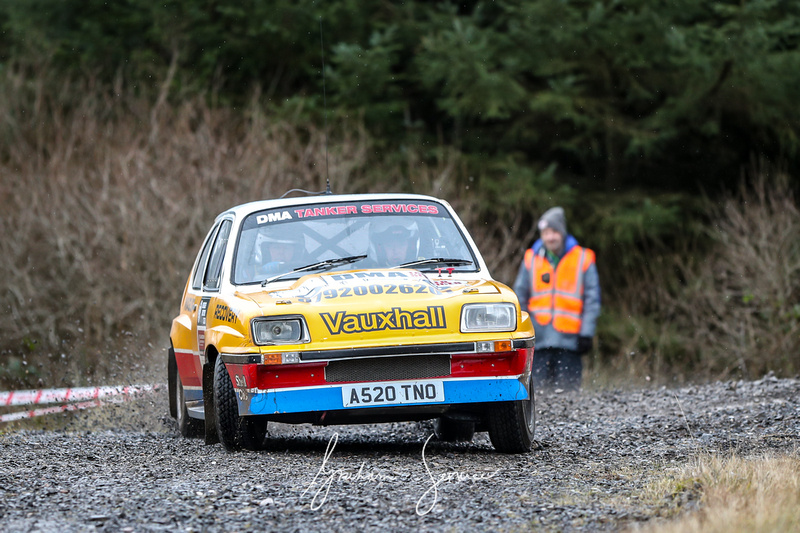